Carol Patton remembers the first time she won an art contest back when she was a little girl. It was at her father’s work during a holiday party. She had been painting since she was three years old, under the guidance of her highly creative mother, and she remembers the lesson her mother gave her to help complete the painting.

The influence of her artistic family has followed Patton through her whole life. Even today, closing in at 69 years old, she continues to paint as a means for her own artistic expression. She explains that though much of her drive has waned with age, the sheer enjoyment of painting is what still occasionally inspires her to pick up a brush. 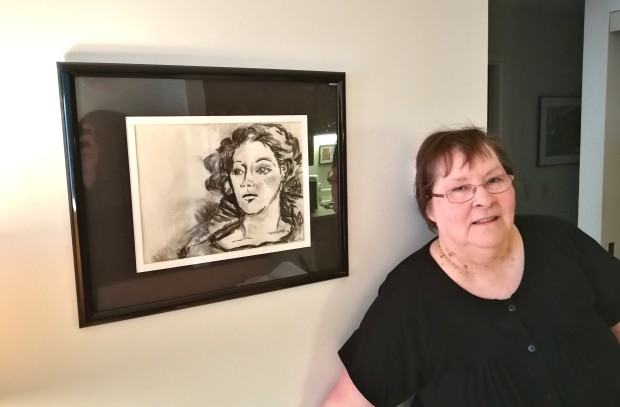 Before moving in to Montgomery Place in the Summer of 2015, Patton lived in parts of the United States’ east coast such as Delaware, Maryland, and Washington D.C. Her entire family had creative outlets including her brother who was a photographer and sister who was a visual artist as well. A charcoal drawing of Patton when she was younger made by her sister still hangs in her apartment (though Patton claims the portrait looks nothing like her).

After one year of art school, Patton decided that painting for eight hours a day wasn’t quite for her. She continued her studies in sociology and then into psychology at the University of Maryland. She met, and eventually married, a Canadian, which is what prompted her to move to Edmonton in 1972. For a time, the couple lived off the grid in the Ozarks and Patton’s memories and photographs from that time inspired a painting that still hangs in her bedroom.

“We had a small cabin near a set of cliffs and I have a set of photos overlooking the area that I used to help me with my painting,” Patton remembers. “The painting has this orange streak across it and people have asked me what that is. Really, it’s just a mistake I made and I couldn’t fix. I’ve learned to really love my mistakes, though. They’re simply part of the painting.” 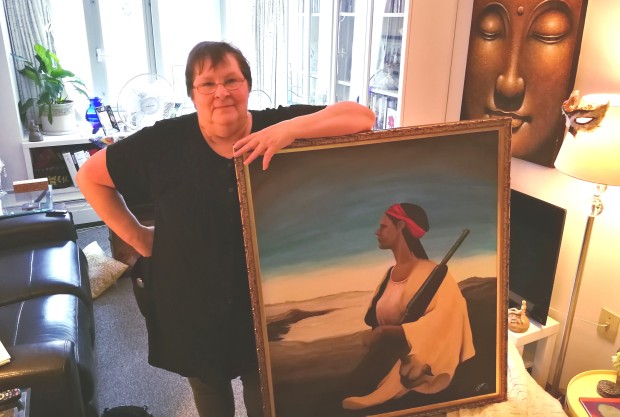 Embracing imperfections is a major part of Patton’s life. Even her favourite painting that she made, a portrait of the Gaelic warrior Goddess Macha, Patton mentions that often all she can see are the small mistakes. She says that the flaws are simply part of the painting and are what helps make it her favourite that she created.

“I remember finishing it and just being very appreciative of it,” Patton says.

Patton is one artist of around 40 creative individuals sharing her work at GEF Seniors Housing’s 2018 Building for Life Breakfast Fundraiser. Postcard versions of her paintings are printed on postcards can shared at each of the settings, demonstrating the kinds of people who call a GEF Seniors Housing building home and what it means to live somewhere that can help foster creativity and help build a good quality of life. 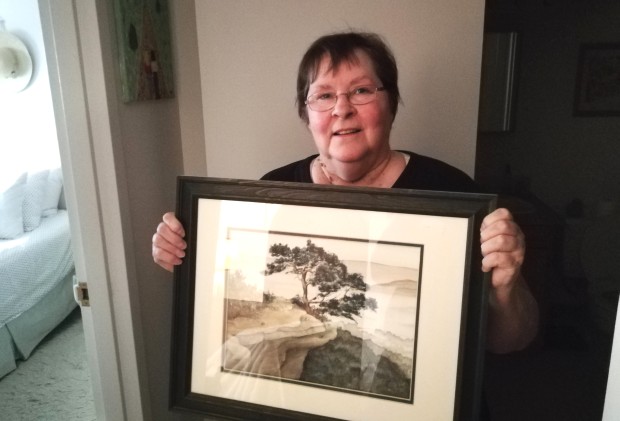 One thought on “Carol’s Paintings”