While working as the head of the 124 Street Business Association, Helen Nolan received a call from a couple with a new business idea. The couple had been rejected by two other business associations in Edmonton before calling Nolan. She loved the business plan and got right to work making sure the rest of the association was on board for this new business venture.

“If I want something, watch out!” Nolan exclaims with a laugh. “The business plan was just so unique and I knew that 124 Street would benefit from this new business tremendously.”

A short while later, Duchess Bake Shop opened its doors and quickly became a staple not for just 124 Street, but for Edmonton as a whole. To this day, Edmontonians venture out to the Westmount neighbourhood solely for macarons and other French baked delights. Nolan’s business savvy and community building know-how made her 15 years with the 124 Street Business Association crucial in the area’s development as it’s become one of Edmonton’s new favourite areas for food and culture.

To commemorate her contributions, the park on the corner of 124 Street and 108 Avenue will be named after Nolan with a big celebration taking place on Saturday, September 23, 2017, starting at 1:00 p.m. For Nolan, her commitment to her work as the Executive Director with the 124 Street Business Association stems from early years. 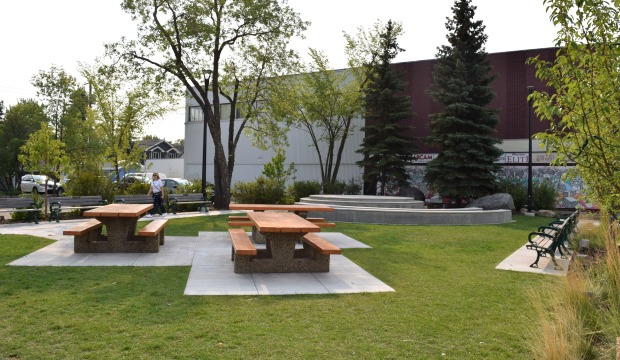 “I grew up in Mitchell, Ontario, a small town where I was related to half of the population,” Nolan explains. “My whole family was in business there and that’s where I learned that small business is truly the back bone of our country.”

In 1960, Nolan married a Member of Parliament from Hamilton, Onatrio, and found her passion for politics, remaining a champion for small businesses in the area. The couple eventually moved to Calgary for work, and then to Edmonton a short while later in 1987. She immediately embraced the city. “I remember taking a bus trip in and looking at the Hotel MacDonald and looking into the River Valley and thinking just how beautiful Edmonton was,” she reminisces. “Since moving to Edmonton, I’ve never looked back.”

It didn’t take long for Nolan to build connections around Edmonton both in business and in politics (she even ran for City Council for Ward 1 in 1992). At 75 years old, she finally decided to retire. A couple of years after that, she moved into Pleasantview Place, where she now focuses on her creative and artistic side.

“I’ve been singing jazz professionally for about 60 years,” Nolan says. “I’ve done shows with big bands and small quartets all over Canada.”

You can still find Nolan singing with her trio for the seniors at Cantebury Manor, Devonshire, and other venues around the city. She also volunteers with Pleasantview Place working with some of the other residents and tenants in a drama group. Nolan explains that the group had so much fun with the plays, they took the show on the road and performed for other GEF Seniors Housing buildings. 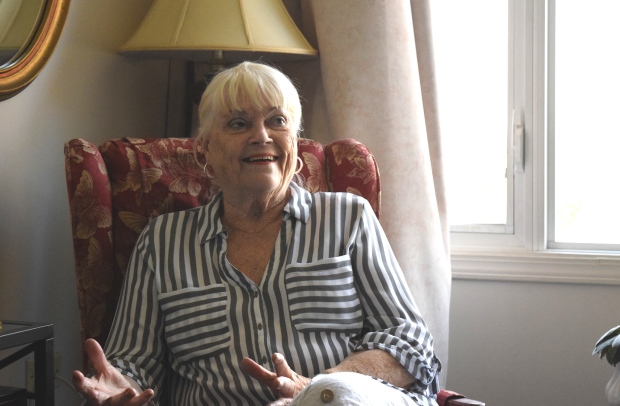 For Nolan, the park dedication is a happy by-product of a life working to make other people’s lives better. Whether it’s joy and entertainment from singing an Ella Fitzgerald classic or finding business opportunities to help build communities, Nolan’s drive to keep going isn’t slowing down. Now at age 81, Nolan describes herself as having a bubble of happiness in her that spills out.

“Every day I want to do something positive,” says Nolan. “Even if it’s just saying hello to someone at the grocery store. I never miss an opportunity to say hello or say something silly. So many people put up walls around themselves, especially as they get older. They shut out life. I want to open up my heart and keep embracing life.” 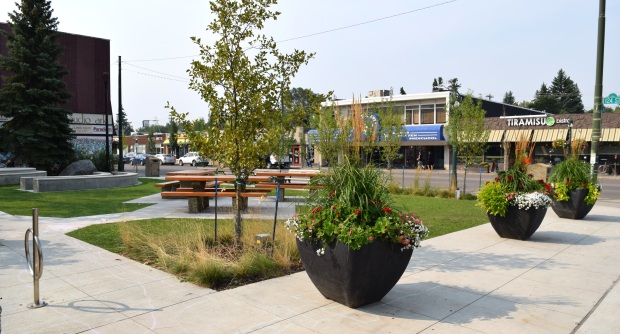